Throughout his career, David Alberts, MD, has focused on translational cancer prevention and treatment research. The emphasis of his laboratory-based and clinical research has been on the chemoprevention and treatment of such pervasive and potentially deadly diseases as cancers of the breast, colon, ovary, and skin. He became the UA Cancer Center’s director in 2005 and retired from the position in June 2013.

Presently, Dr. Alberts helps to coordinate Phase I and II and pharmacokinetic drug studies at The University of Arizona Cancer Center for molecularly-targeted chemopreventive agents. His laboratory research is concentrated on the evaluation of new surrogate endpoint biomarkers for cancer prevention trials with a special focus on precursor lesions for bladder, breast, colon, cervical, endometrial, ovarian, prostate, and skin cancers, using quantitative histopathology (i.e. karyometric) approaches. His NCI funded drug and diagnostics research has resulted in 18 patents and the co-founding of four Arizona pharmaceutical and biotechnology companies.

Dr. Alberts has authored or co-authored over 540 peer reviewed publications, more than 100 book chapters and 60 invited articles, and has served as Editor and Co-Editor of nine books (e.g. Fundamentals of Cancer Prevention, Third Edition, Springer Verlag, 2014 and Intraperitoneal Therapy for Ovarian Cancer, Springer Verlag, 2010). He has served on the editorial boards of several peer-reviewed scientific journals including Associate Editor for Cancer Research from 1989-2002. Between 2002 and 2008, he acted as the Co-Editor-in-Chief of Cancer Epidemiology, Biomarkers & Prevention, a leading cancer public health research journal worldwide.  Most recently, in 2014, he was honored again by the AACR with its Pioneer in Cancer Prevention Award.

Dr. Alberts is currently Regents Professor of Medicine, Pharmacology, Nutritional Science, Public Health and BIO5 at The University of Arizona College of Medicine, and Director Emeritus of the Arizona Cancer Center. During his career, Dr. Alberts has served as an advisor to numerous cancer research foundations and committees, such as Chair of the Oncologic Drug Advisory Committee to the FDA (1984-1986), and was a member of the NCI’s Board of Counselors (to the Division of Cancer Prevention, 1990-1994), the Board of Scientific Advisors (1999-2006), and on the coordinating subcommittee to the Clinical Translational Advisory Committee, NCI (2006-2009).

In June 2001, he was acknowledged by Science to be one of the top three National Institutes of Health-funded clinical researchers in the United States. In 2003, the American Association for Cancer Research (AACR) recognized his contributions to clinical care in the field of cancer with the Joseph H. Burchenal Clinical Research Award, and in 2004, the American Society for Preventive Oncology gave him its Distinguished Career Award for research excellence. Also in 2004, the AACR awarded Dr. Alberts with its AACR-Cancer Research and Prevention Foundation Award for Excellence in Cancer Prevention Research Worldwide.

Dr. Alberts received his MD in 1966 from University of Virginia School of Medicine. He conducted his internship at the University of Wisconsin, before becoming a Clinical Associate in medical oncology at the National Cancer Institute’s Baltimore Cancer Research Center. Dr. Alberts conducted his internal medicine residency at the University of Minnesota and then served on the faculty of the University of California, San Francisco, for five years, obtained Board certification in Medicine and Medical Oncology in 1973 and completed a 2 year Faculty Training Award in Clinical Pharmacology from the Pharmaceutical Manufacturing Association. He joined The University of Arizona College of Medicine in 1975 as an Assistant Professor, where he has served for more than 40 years. 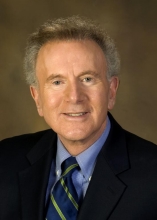